How My Roommate’s Brother Saved My Soul 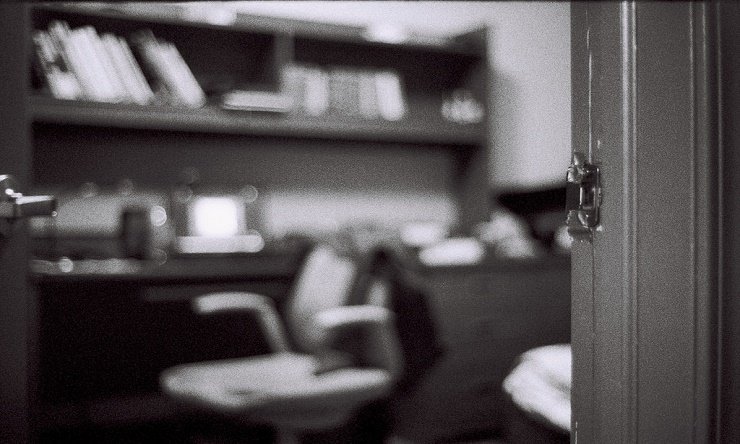 I will be forever grateful for the knock I heard on my dorm-room door in the fall of 1987.

I can trace my return to the faith to many singular moments: seeing St. John Paul II pass by on Geary Blvd., my own Fatima miracle in Portugal, even listening to Bob Dylan in high school.

But the most important moment was that knock on the door 30 years ago.

I was sitting in Gilson 401 on a Saturday afternoon. My roommate, Joe Ambuul, was away. His brother lived in the room next door.

By dumb luck (no — mysterious grace) I had ended up attending the late, great St. Ignatius Institute at a San Francisco college up the street from Ignatius Press, where I found myself suddenly living among hardcore Catholic college students who were unlike anyone I had ever known in my life.

They went to Mass every day. They prayed at abortion clinics. They got together to say the Rosary.

All of that was utterly alien to me. I had no faith. I had refused to be confirmed as a high school student, and I had transferred as a sophomore into the Great Books Program in San Francisco totally unaware that it was one of the few college programs in the country known for its strong Catholic identity.

Then came the knock on my door. It was Dan Ambuul, my roommate’s older brother. “Can I talk to you a minute?” he asked.

I promised I would switch knees, but he said that wasn’t really the point. He said I didn’t seem to be familiar with the Mass.

I told him I had stopped going to Mass years before. My mother went to early Mass and I went later, parked and read lying down in the car.

“But you still receive communion,” he said. “When was the last time you went to confession?”

I told him I was either 8 or 13 the last time I went. I couldn’t remember.

I promised him I would stop, and that I would check out confession times when I got back home to Tucson.

“No,” he said. “There are confessions available right now. Are you busy?”

“Not really,” I said. So he walked me to the church on campus, going over the rules as we went.

“You have to confess mortal sins by name and number,” he said. He went over the sorts of mortal sins he thought I might be guilty of and helped me figure out how many times I might have done them since I was “8 or 13.”

Seventeen minutes later, I was kneeling in the confessional of Father Robert Plushkell, the old-school Jesuit who had made it his personal mission to be available for confessions on campus, day in and day out, for years.

There I crouched in the musty darkness and very matter-of-factly listed years of infractions, by name and number, doing exactly what Dan had told me to do.

But he probably had not heard many lifetime confessions that were that specific, thorough and still kind of mechanical.

He paused when I was done. “Are you sorry?” he asked.

“I want you to come back to confession every week, for a while,” he said. “I don’t usually recommend weekly confession. But you need it.”

Dan was waiting for me outside the confessional, and eagerly asked how I felt.

I felt nothing, I said.

“The devil always does that,” he told me. “He makes you feel nothing after confession. But the grace is still there.”

He was right. My life’s trajectory was unalterably changed after that day.

It wasn’t automatic: I was like a wild child who finally returns to his family.  It took a long time to fully understand and appreciate what had happened to me, but in Christ’s grace, my path in life was secure.

And to this day, the greatest joy I have ever experienced in my life is the joy of inviting someone back to confession and seeing them go. Just like Dan Ambuul did for me.

This story appeared at Aleteia.

This Sunday, Aint Love a Kick in the Head?