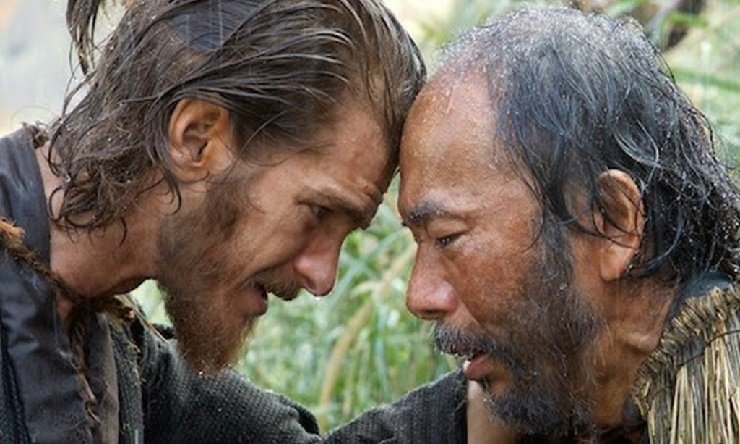 Like many other Catholics, I was thinking about Silence yesterday on the feast of St. Ignatius of Loyola.

This is the summer of Silence. The movie about Jesuit missionaries to Japan in the first century after Ignatius’s death had a limited release last December. But now that the Scorsese film is available on DVD — and Blueray and Redbox and streaming — many Catholics are seeing it for the first time.

I watched it for the first time earlier this summer, and I have to say I was far more impressed and appreciative than I thought I would be.

I thought I would hate the movie because I hated the book.

When I read Silence, I immediately placed it in a line of Catholic novels that I thought of as reactionary.

My reading went like this: Fed up with a Catholic experience focused on external signs of piety and rule-following, in the middle of the 20th century, Catholics went searching for the pure spirit of religion. The Fathers of Vatican II went on that search and stopped at the Gospels.

Many other Catholics went too far.

The clearest literary example was Graham Greene. Looked at one way, his novels are brilliant explorations of how faith coexists with the messiness of real life. Looked at another way, they put a halo over the messiness and a dark cloud over the faith. Greene gave us an adulterer who was kind of a saint if you looked at her choices a certain way, a suicide whose sacrifice was real and maybe even holy, a whiskey priest who was at once a hardened sinner and nobly committed to his flock.

Endo’s Silence entered this tradition in 1966, I thought, with a protagonist who can plausibly believe that apostasy is the most Christian choice given a particular set of circumstances.

I saw coming from these novels a moral calculous that says: “The Church must not be Pharisaical when its proud insistence on moral perfection hurts people.” That makes sense; it even sounds like the Gospels.

The problem is that the principle “Small moral imperfection is better than great suffering” ended up, in practice, almost immediately becoming a new principle that is the opposite of Christ’s message: “Morality must never hurt.”

This new principle became a foundational moral axiom upon which was built Catholic defenses of contraception, then abortion — then the sexual revolution and the culture of death.

Instead, the movie struck me as a meditation on the temptation of Christ.

Jesus Christ himself faced the same temptation that is central to the movie.

Jesus faced the same choice as the movie’s protagonist: He could have all the kingdoms of the world simply by bowing to Satan.

Jesus said No, and chose to die on the cross — a decision which (one theology professor here at Benedictine points out) led to the suffering of two millennia of Christians, from St. Stephen the Martyr to the children killed in ISIS’s Palm Sunday massacre.

The movie presents examples of some who imitate Jesus and some who don’t.  Those who do become cinematic icons of love. Those who don’t become pathetic examples of Christ’s warning “For what shall it profit a man, if he gain the whole world, and suffer the loss of his soul?”

The movie also works as a meditation on hope.

One scene in Silence points to the real difference between those who suffer for Christ and those who apostatize. The difference is hope.

“Isn’t it good to die?” a Christian woman asks a conflicted priest. “Paradiso is so much better than here. No one hungry, never sick. No taxes, no hard work.”

That is exactly right — and it is the ultimate answer to the problem of suffering: The suffering ends and what lies beyond is a “Well done, my good and faithful servant” and an ocean of love.

But those who apostatize can’t see this. They don’t trust the promise of Jesus Christ himself. The pain of this life looks like an ocean, and eternity like a mirage.

“God’s purpose in creating us is to draw forth from us a response of love and service here on earth, so that we may attain our goal of everlasting happiness with him in heaven,” said St. Ignatius of Loyola.

His best Jesuits never forgot it.

This appeared first at Aleteia.